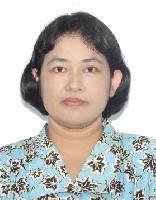 Several previous studies have shown that some settlements have been upgraded and converted into tourist attractions that can positively impact economic, social, cultural, and environmental aspects. This makes the local government use these alternatives to solve the slum settlement problems. The resolution of the problem of slum settlements and the environment is in line with the 11th Sustainable Development Goal (SDGs) goals regarding sustainable cities and communities, which include handling slums, community empowerment, and sustainable settlements. However, it turns out that this solution is also associated with negative effects as a result of changes in function. One of the negative effects is the territorial shift of the dwelling because the community has to share their space with visitors, besides the internal impact due to the house's behavior and activities. Besides, this phenomenon turns out to be different between urban settlements and coastal settlements. The different characteristics among the people are thought to be the factors causing this difference. With this phenomenon, this study was carried out which aims to find problems as a result of changes in the function of the house and what spatial adaptations are carried out by the community. Besides, this study also looks at the impact of territorial shifts due to tourism development on the livelihoods of the people in the two types of villages. This study uses a naturalistic paradigm and a qualitative strategy, which determines the objective reality independently of the observer. The data method used in this research is observation, behavioral mapping, and interviews. Furthermore, the collected data were analyzed using source triangulation techniques to verify and verify the truth of the information and data that had been obtained. The result of this research is a design and development concept that can be used as a reference in a tourist village. This research is also an input for the development of adaptation theory, especially in the aspects of territory and community adaptation.