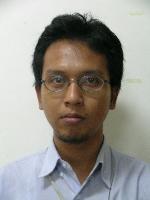 This study aims at designing the solar power system for ecological conservation, i.e., sea turtle conservation at the Banyuwangi Sea Turtle Foundation (BSTF), which requires electricity for the pump station, heating and lighting. The solar power system design was aided with the daily solar irradiance derived from sunshine duration data from 1980 to 2018. Mann-Kendall test and Sen’s slope estimator were applied to estimate the rate of long-term of solar irradiance. The results reveal that the solar irradiance is generally higher in December, January, and April, and shows no significant trend. The average of solar irradiance during the dry and wet season is 5.03 and 4.58 kWh/mÂ²/day, respectively. Using the geographical data of BTSF, approximately 943 m2 area can be exploited for the solar power system. The simulation using PVsyst predicts an energy production up to 198.4 MWh/year which can be generated fromÂ …