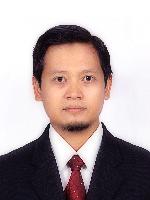 Brain-computer interfaces have been explored for years with the intent of using human thoughts to control mechanical system. By capturing the transmission of signals directly from the human brain or electroencephalogram (EEG), human thoughts can be made as motion commands to the robot. This paper presents a prototype for an electroencephalogram (EEG) based brain-actuated robot control system using mental commands. In this study, Linear Discriminant Analysis (LDA) and Support Vector Machine (SVM) method were combined to establish the best model. Dataset containing features of EEG signals were obtained from the subject non-invasively using Emotiv EPOC headset. The best model was then used by Brain-Computer Interface (BCI) to classify the EEG signals into robot motion commands to control the robot directly. The result of the classification gave the average accuracy of 69.06%.