2018 : Prediction of Movie Sentiment Based on Reviews and Score on Rotten Tomatoes Using SentiWordnet 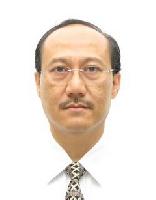 With the number of films released each year, the movie review website is becoming more popular. One of the most referenced movie review websites is Rotten Tomatoes. Rotten Tomatoes recommend films based on their Tomatometer. Tomatometer represents the percentage of professional critic reviews that are positive or negative for a given film or television show. While fresh reviews represent positive sentiment, rotten reviews mean that the movie critics give the movie negative sentiments. Unfortunately, the method to determine the given score is not available to the public. Thus, the public does not know which parameter affect the prediction of the sentiment. This paper proposes a new method to predict the sentiment of the movie on the rotten tomatoes by combining the sentiment score from SentiWordnet and expert original score. the result of the experiment shows that the proposed method gives better FÂ …