2015 : Direct synthesis of mordenite from kaolin and rice husk ash 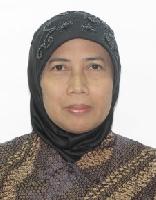 Mordenite with a Si/Al molar ratio of approximately 20 was synthesized from natural material such as kaolin and rice husk ash. The synthesis of mordenite was conducted under the following reaction condition 6Na2O:0.75Al2O3:30SiO2:xH2O (x= 710, 780 and 850) at 175 Â°C for 24-72 hours. The products were then identified by X-ray diffraction, FTIR, and SEM. The results showed that batch composition of the starting gel 6Na2O:0.75Al2O3:30SiO2:710H2O with 36 hours synthesis time formed a high crystalline Mordenite