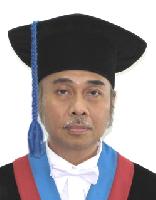 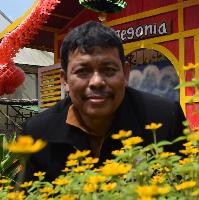 Steer-by-wire is the electrical steering systems on vehicles that are expected with the development of an optimal control system can improve the dynamic performance of the vehicle. This paper aims to optimize the control systems, namely Fuzzy Logic Control (FLC) and the Proportional, Integral and Derivative (PID) control on the vehicle steering system using Imperialist Competitive Algorithm (ICA). The control systems are built in a cascade, FLC to suppress errors in the lateral motion and the PID control to minimize the error in the yaw motion of the vehicle. FLC is built has two inputs (error and delta error) and single output. Each input and output consists of three Membership Function (MF) in the form of a triangular for language term" zero" and two trapezoidal for language term" negative" and" positive". In order to work optimally, each MF optimized using ICA to get the position and width of the most appropriate. Likewise, in the PID control, the constant at each Proportional, Integral and Derivative control also optimized using ICA, so there are six parameters of the control system are simultaneously optimized by ICA. Simulations performed on vehicle models with 10 Degree Of Freedom (DOF), the plant input using the variables of steering that expressed in the desired trajectory, and the plant outputs are lateral and yaw motion. The simulation results showed that the FLC-PID control system optimized by using ICA can maintain the movement of vehicle according to the desired trajectory with lower error and higher speed limits than optimized with Particle Swarm Optimization (PSO).