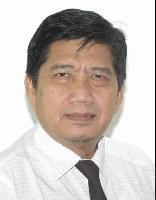 Production of cellulose nanocrystals (CNCs) from cellulose of oil palm empty fruit bunches (OPEFB) have been done. The delignification of OPEFB was mixed with 17, 5% NaOH and carried out in the three-neck flask with refluxed for 2 hour at 80 o C. Further the suspension was bleached with NaOCl 2% for 1 hour at 70 o C. Then, to produce CNCs, Cellulose was firstly sonicated for 30 minutes at 40 o C. After that cellulose was hydrolized at hydrothermal reactor for 0, 1, 2, 3, 4, 5, hours at 110 and 120 o C respectively. After filtration and washing, CNCs was analyzed by X-Ray Diffraction and the result shows that the grade of the highest CNCs crystalinity at consentration of HCL 2 M at a temperature of 110 o C with reaction time of 2 hours is equal to 75.87%. It can be concluded that sonication-hydrothermal can increase the grade of crystalinity of cellulose nanocrystal.