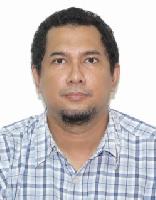 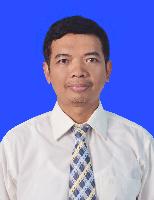 This research introduces the development of Hybrid Scatter Search Heuristic for solving cockpit crew (pilot and co-pilot) rostering problem. This research aims to minimize the deviation of flight hours among the cockpit crew of an airline, Garuda Indonesia Airline, during the one-month planning horizon. The weakness of the existing algorithm used in the airline, which is a trial-and-error algorithm, is that the variation among crew flight times for one month is too significant and the scheduling process takes a quite long time. We tested the performance of our proposed algorithm to that of the existing algorithm. The numerical experiments showed that the proposed algorithm had outperformed the existing algorithm. More specifically, we found some in sensitivity analysis experiments. Our experiment results showed that that the higher the flight time target, the higher the total deviation of flight time. We also conducted several experiments to show the robustness of our proposed algorithm. First, we tested the relationship between the number of pilots who can use their preferences and the total deviation of flight time. We conducted experiments by giving the cockpit crew the opportunity to choose a day off. Finally, we analyzed the results by changing the number of cockpit crew.