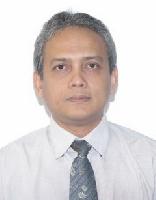 Secondary flow is the most dominant hydraulic loss in axial compressor. If secondary flow is weak, it could improve the performance of axial compressor. One of the efforts to reduce the secondary flow is through giving the addition of leading edge fairing, but it is not effectively used at high Angle of Attack (AoA). Moreover the information of the highly turbulent flow occurs, after crossing a forward facing step turbulence generated (FFST). Consequently, the addition FFST is predicted to reduce the occurrence of secondary flow. This research was presented by means of experiments in the wind tunnel. The results of the experiment were exposed in the skin friction surfaced through the oil flow visualization. Then these results were confirmed by numerical simulations in the steady state conditions and free stream flows with Red =105. Body profile isused by British 9C7/32.5C50 with chord length 120mm. This analysis compared the result of the secondary flow character between without and with FFST. Results of the addition FFST generated new theory of secondary flow characters. Meanwhile, the new theory stated that the end stagnation point is the determinant point the forward saddle point. As a result, the separation line 3D opened and kept away from the body contour. End Stagnation Point (ESP) was the source of attachment line in horseshoe vortex formations. Moreover the blockage in horseshoe formations always caused by attachment line in horseshoe vortex. Whereas previous theories have always stated, determining the blockage occurs always based on the forward saddle point. Therefore, this theory states that the blockage depends onÂ …