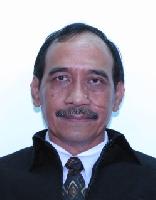 Malaria disease is a parasite’s infection disease that can infect healthy human through Anopheles mosquito bite that contains parasite. In this modern century, traditional medicines has grown better whether in it’s purpose or it’s presentation. Meniran herb plant (Phyllanthus Niruri Linn) is one of plants that can be used tradisionally where it contains a compound from alkaloid’s, flavonoid’s, and lignan’s group. Several researches show that the group compounds has an antimalaria activity. The objectives of this research are to detect the influence of dosages, and days factors and their interaction to parasitemia Plasmodium Berghei percentage in extract test of meniran herb plant with metanol solvent that experimented in” in vivo” culture on mice (Mus Musculus). The objectives is to determine optimal dosage (percentage) in diffusing parasitemia growth. From examination and discussion result that both factors are inspected with its dosages, days, and their interaction influence significantly to parasitemia percentage. Refer to diffusing percentage, the highest percentage in 800.128 mg/kg mouse WG dosage is 61.82%. So it can be explained that 800.128 mg/kg mouse WG dosage are optimal to diffusing 6182 parasitemia growth for every 10000 eritrosit in mouse’s body.