2015 : The Pyrolysis of Glycerol Using Microwave for the Production of Hydrogen 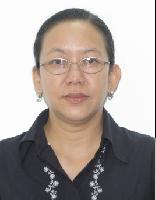 The purpose of this research was to study pyrolysis of glycerol to produce hydrogen using microwave. The useof microwave aimed to produce high temperatures, because pyrolysis require high temperature. The effect of kindof catalyst and microwave power were studied. The catalyst was activated carbon and Ni/HZSM-5. The catalystof activated carbon was ready to use, whereas Ni/HZSM-5 catalyst was obtained by ion exchange fromNa-ZSM-5 with NH4Cl and then HZSM-5 was impregnated with metal solution of Ni (NO3) 2.6 H2O. Experiments were conducted by mixing catalyst in the reactor together with glycerol solution of 10%(weightpercent) as much as 100 ml. Reactor was made from pyrex and mounted on microwave equipped with athermocouple. And then, reactor was heated on power of 400-700 Watt during thirty minutes. The reactionproduced gases and liquid to be analyzed by chromatography gasÂ …