2011 : """The Logic of Space in the Transformation of Pohe Settlement Pattern of Gorontalo City, Indonesia"" " 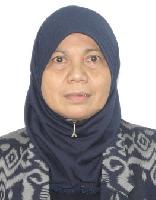 Settlement can be defined as a place or an area in which people are concentrated and live together utilizing local environment as intended for sustaining, performing, and developing their life. The pattern of settlement formation and development usually represents its inhabitant's expression. For example, the seashore settlement in City of Gorontalo previously has a typical characteristic which is a reflection of community activities that are based on waterfront orientation. Nevertheless, if it is analyzed using the term of the logic of space, this pattern of settlement has been transforming within three periods of government change. The building that was originally composed longitudinal following the coastline, has been changed into the composition groups of buildings that make up the road. The existence of this fact shows that the Pohe's settlement is a phenotype settlement which has experienced the formative processÂ …