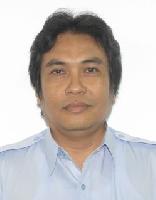 In this paper, an implementation of VoIP Services over WiMAX testbed based on IEEE Standard 802.16-2004 will be described. The quality of VoIP services over the proposed network is evaluated in terms of delay, jitter, packet loss, throughput, and Mean Opinion Score (MOS). The proposed network is implemented in both of the recommended network topologies that are point-to-point and point-to-multipoint. The VoIP Services is evaluated in the variation of background traffic with certain scheduling types. Background traffic is injected into the system to give the sense that the proposed system has variation traffic load. Scheduling types which are used in this paper are Best Effort (BE), Non-Real-Time Polling Service (nrtPS), Real-Time Polling Service (rtPS) and Unsolicited Grant Service (UGS). From the experimental results, it shows that VoIP services in P2P topology with UGS Scheduling has the minimum average of delay, jitter, packet loss is 12.688 ms, 7.472 ms, and 7.87%, respectively. Meanwhile, the highest MOS value of 3.39 is achieved when throughput equal to 134 kbps. Moreover, for VoIP Services in PMP topology has the minimum average of delay, jitter, packet loss of 12.872 ms, 7.222 ms, and 6.918%, respectively. The highest throughput of 133 kbps gives the MOS value of 3.52.