2014 : A Study of The Longitudinal Hull Structural Responses on a 35,000 Ton Class Drillship due to Wave Load by the Quasi-Static Approach 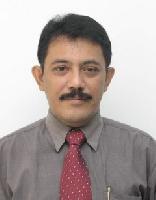 Drillshipis a type floating structure having conventional ship form operated in the drilling and completion of offshore oil or gas wells. One primary aspect to be explored during the design stage of a drillship is the global structural responses due to the excitation of head sea waves in its operational site. This paper presents the global structural response analysis by implementing the so called quasi-static approach. This is an enhancement to the conventional approach of static wave by accounting for the coupled heave and pitch motion effects in order to derive the shear force and longitudinal bending moment. In this respect a motion analysis should be first carried out to obtain the coupled heave and pitch motion data for a range of regular wave frequency. The next step is performing the quasi-static computation for a number of wave frequencies, where the magnitudes of heave and pitch motions are considered important. In each frequency computation is conducted for 11 time steps to cover one cycle of wave excitation as well as the coupled heave and pitch effects. For each time step shear force and bending moment distributions along the hull are generated. After accomplishing these processes the RAO of shear force and bending moment could then be composed. Further analysis is carried outto obtain the extreme global structural responses by implementing the spectral approach. The current study is dedicated to observe the global structural responses of a 35,000 ton class drillship brought about head waveswith largest significant height of Hs= 8.93 m. Final results of the study indicates the most probable extreme shear force reaches aÂ …