2019 : Synthesis of Mesoporous Carbon CMK-3 and CMK-5 Materials and Their Application for Drug Loading-Release System 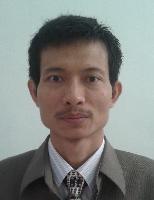 The different structure of ordered mesoporous carbon CMK-3 and CMK-5 material was synthesized via a hard template route using SBA-15 and Al-SBA-15 as hard castings and sucrose as the carbon source. The first hard casting, mesoporous silica SBA-15 was synthesized via soft-templating route using block copolymer (P-123) as directing agent and tetraethoxysilane as the silica source. The second hard casting, mesoporous silica Al-SBA-15 was synthesized via incorporating route using SBA-15 as supporting material and Al 2 O 3 as an aluminum precursor. Characterization of a mesoporous texture of the samples was investigated by X-ray diffraction, scanning electron microscopy and nitrogen adsorption-desorption techniques, and FTIR. The loading release performance of CMK-3 and CMK-5 was investigated by ibuprofen molecule as a drug model. We found that CMK-5 had a better loading capacity than CMK-3 as determined by their performance results in releasing ibuprofen in which the release rate of mesoporous structure of CMK-5 was slower than CMK-5 due to the power of anchor nanorod of carbon.