2019 : Speciation of Mercury Contaminant in Public Gold Mine Tailing and its Stabilization Using Sulfur and Sulfide 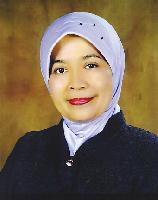 The mercury-containing tailing waste from public gold mines in Indonesia is generally deposited on soil without treatment. This research aimed at determining the amount and composition of mercury species in the tailing, and testing the effect of sulfur and sulfide on mercury stabilization. Samples were collected from a tailing pile at different depths in a public gold mine in Kulon Progo, Indonesia. The samples were characterized according to the mercury concentrations and Toxicity Characteristic Leaching Procedure (TCLP) test. Mercury speciation was carried out using nitrogen gas flow into tailing samples, which were placed in three test tubes. The released mercuric species was entrapped in KCl and KMnO4 solutions. The mercury stabilization was carried out using sulfur and sodium sulfide. TCLP test was performed to the stabilization products. The mercury concentrations were measured using a mercury analyzer. The results showed that the mercury in the tailings were dominated by elemental Hgo, the concentrations of which in the tailing piles of 30, 60, and 90 cm depths were 74.7%, 71.6%, and 76.5% respectively. Those of ionic Hg2+ form were 25.3%, 28.4%, and 23.5%, respectively. Additions of sulfur powder and sodium sulfide solution produced stable black-colored mercury sulfide. When compared to sulfide, sulfur was more recommended for stabilizing mercury in the tailing waste.