2015 : Numerical Study of Mixed Convection in A Cooled Room 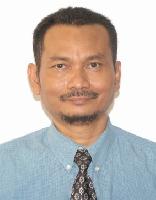 The present work is carried out to study laminar mixed convection heat transfer inside a rectangular cooled room numerically. The chosen model is considered as a representation of a room facing the sun with a floor releasing heat resulted by electronic components or human activities. The Reynolds number and Richardson number are varied from 100 to 400 and 0 to 3, respectively, in order to cover laminar mixed convection phenomena. For the considered range of Re dan Ri, the flow regimes fall into three modes. The higher Nusselt numbers are found at the higher values of Re, on the other hand, the forced convection leads to higher heat transfer rate than the free/natural convection.