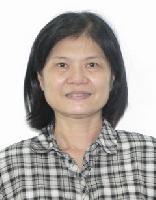 Modelling and simulation of the fluid-flow profile on the mixing of gas-liquid system with double impeller. The mixing process between two phases (gas-liquid) in an agitated tank depends on impeller which is used and other conditions in the tank to get an effective fluid distribution. The purpose of this research is to study the mixing of gas-liquid system with double impeller especially fluid flow, to solved mathematical model by Finite Volume method and discrete technique by Quadratic Upwind Interpolation Confective Kinematics (QUICK) and simulation with MATLAB 7. The system that is studied is a flat based cylindrical tank which uses special double impeller with configurations of Concave Disc-6-Concave Disc-6 (CD-CD) and Pitched Blade Turbine Pumping Up-Concave Disc-6 (PBT-CD). The result from some simulations shows that fluid flow is influenced by the liquid volume, gas volume, and the diameter ofÂ …