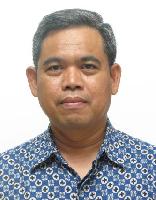 The rare-earth copper oxide superconductors of , and have successfully been synthesized by introducing a wet-mixing method. Sintering was carried out at varying temperatures of 920, 940, 960 and 970Â°C for 10 hours in air. The effects of sintering temperature on the structural and crystallinity of the synthesized powders was studied using X-ray diffraction techniques. Rietveld analyses gave clearly separated diffraction (013) and (110) peaks at respectively 32.2Â° and 32.5Â°, decreasing Goodness-of-Fit, increasing average crystal size and increasing orthorhombicity with increasing sintering temperature from 920 to 970Â°C. In this research, the superconducting critical temperatures of and powders sintered at 970Â°C and measured using a SQUID magnetometer was obtained to be about 88-91 K.