2021 : Threshold Space: Architecture as the Activities Integration in Between Space 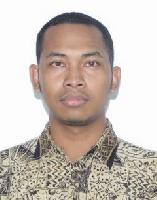 After analyzing the growth factor of activity based on the growth pole theory by Francis Perroux, which states that development in a city or region is the result of a process that gradually occurs and is influenced by various factors that can make a building detached from its context. So from this statement it is then reprocessed, into an analysis which when applied in the present, every city growth or new building will be resulting to several new activities as well, which causes a building to become increasingly detached from its context. Therefore, the question is, how to restore the attachment of a building to its existing context so that development can occur in an integrated way? In this proposal, it is stated that one way to restore the attachment between a building and its context is to create an intermediate space that can accommodate the new activities mentioned in the first paragraph. One form of intermediate space is the threshold space. Therefore, in this proposal, an approach derived from Till Boettger's book thatâ€™s titled Threshold Space is used which discusses threshold theory. As for the method itself, it uses the superimposition method, which is an information layering technique that will lead to a design response in the threshold space. What makes threshold space different from space is due to the criteria it has, which are mentioned in Till Boettger's book, including counterbalancing pairs of opposites, phases and organization, essence and potential. From the three criteria obtained from the threshold approach, it will be explored again what typology is suitable for insertion as well as the geometry, circulation, and sequence of the threshold space.