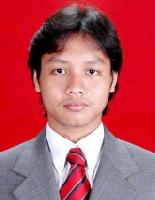 As a result of highly mobility nodes in VANETs, Ad hoc routing protocols are applied. When a source node demands to transfer data to a destination, it sends an RREQ (route request) message by flooding into the network, and every node in the transmission range is taking part to forward this packet. After reception of the RREQ message by the destination node or by an intermediate node with a valid route, that node sends back an RREP (route reply) message. The RREP message is forwarded by unicasting. Only the nodes involved in the RREQ message route transmit the RREP message back to the source. If an intermediate node fails while sending back the RREP message because of a battery run out, a link breakage can occur, which can cause a packet loss of the RREP message or data packet. When the RREP message or the data packet gets lost, a new route discovery must be started. The protocol overhead and thus, the performance can be significantly affected. This paper proposes two routing protocols called EAODV and RE_AODV by enhancing the R-AODV protocol with an energy threshold and a new value of â€œminimum residual energyâ€?for battery-powered VANET devices. Both values can be increasing the network performance due to the battery run out of the nodes. Further, it can increase the robustness and lifetime of the network. The enhancements are implemented in the AODV and R-AODV protocol, and the models are implemented in NS2. For the traffic simulation, a SUMO model is built, and â€œmobility filesâ€?are imported into the NS-2 model. First, the three protocols E-AODV, R-AODV, and RE_AODV, are compared to determine the competitor to AODV. For assumed parameters, the RE_AODV-protocol shows higher routing overhead than AODV, better performance in packet delivery ratio, throughput, power consumption, and end-to-end delay