2021 : Electric potential analysis for wave and current power generation using a combination of the Gorlov Helical Turbine and Linear Generator in the waters of the Sunda Strait 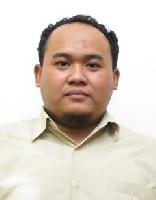 The need for electrical energy in Indonesia continues to increase in line with the increasing economic growth in Indonesia. The electricity demand is estimated to increase with a growth rate of 8.8% per year. Indonesia has a significant energy potential in its sea that can generate 240,000 megawatts. In addition, many coastal points in Indonesia have relatively high sea waves to be used as sources of electricity. Therefore, this research is concerned with designing a floating power generation system that utilizes sea currents and waves for energy conversion. To determine the electric energy potential of marine power plant, it is done by developing 3d model of marine power plant. After designing the platform and the turbine and generator, the simulation stage uses the computational fluid dynamic method. The simulation aims to determine the turbine's performance when it interacts with the fluid in the form of seawater. The independent variables which are the primary outcome of this simulation are torque, drag force, turbine speed and pressure. The data obtained from the simulation results will be used to calculate the electrical power generated by this power plant. Based on the computational fluid dynamic simulation results and mathematical analysis, the electric power produced by marine power plant is 48,934 kW.