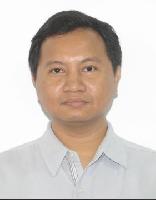 A multiple-input multiple-output (MIMO) system is studied to improve the channel capacity in High Frequency (HF) communication systems. There has not been any theoretical explanation for the channel capacity improvement by invoking the orthogonal circularly-polarized ordinary (O) and extra-ordinary (X) modes inherent in HF skywave propagation, especially when a pair of horizontal antennas with orthogonal linear polarization are used at both transmit and receive sides. This letter reports the formulation of 2 Ã? 2 MIMO HF Near Vertical Incidence Skywave (NVIS) channel matrix elements that can be used to explain capacity improvement in systems employing horizontal linear antennas over that of single-input single-output (SISO) systems. The result suggests that the capacity improvement relies on the diversity phenomenon due to the presence of the O and X waves, which is observable in experiment andÂ …