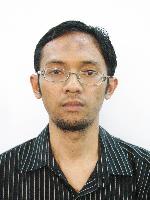 There is a signal of acoustic waves centered when time of the earthquake and tsunami occurred. It is located at the center of the tsunami that radiates towards the ionosphere, then the ionosphere layer TEC (Total Electron Content) has depression for hundreds of kilometers. This phenomenon is called the TIH phenomenon ( Tsunamic Ionospheric Hole) that occurs more than 1 hour. The signal consists of three waves, namely an acoustic wave with a speed of 1km / s, a gravity wave with a speed of 0.3 km / s and a Raleigh wave with a speed of 3km / s. This wave moves towards the ionosphere at an altitude of 400 km. For this reason, research is needed to see the relationship between moment magnitude, analysis of the GNSS measurements of co-seismic offsets resulting from Palu and Lombok earthquake 2019, estimation focal mechanisms of the earthquake and its co-seismic displacement, additionally the magnitude of Total Electron Content (TEC) using GPS (Global Positioning System). From this study, it is expected to get correlation of ionospheric disturbances that occured after the earthquake. The purpose is used to see the moment of the earthquake magnitude. The results of this study are formulas that can be used to analyze the magnitude of moment magnitude, crustal deformation and tsunami arrival time. This study will focus on large earthquakes that occurred in Lombok and Palu in 2018, include the tsunami that accompanied it after the earthquake in Palu. The two earthquakes were chosen to get presence of earthquake precursors. The should be reparation process before the earthquakes with a duration of 30-60 minutes before the tsunami. The important things in this study are the tsunami early warning system itself and the second is the earthquake precursor which will be the main variable before the earthquake.