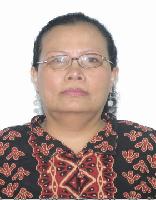 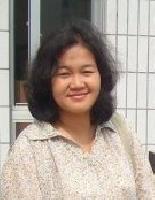 I D A A Warmadewanthi ST, MT, Ph.D

Sweet Sorghum (Sorghum bicolor (L.) Moench) stalks as lignocellulosic agricultural biomass residues are one of the agricultural wastes that do not have economic value and are abundant enough in Indonesia. Compared to sugar cane, total sugar in the sorghum stalk had almost same juice yield. On the basis of the sufficient total sugar content in the sorghum crop residues, sorghum stalk is one of the promising potential sources for bioethanol production. This study was conducted to determine the optimum substrate concentration and microorganism capability to fermentation sorghum stalks using Separated Hydrolysis and Fermentation (SHF) method. The pretreatment conducted in this study was carried out using physical and chemical methods. The sorghum stalks were treated with chopping, drying, grinding and separate with the concentration of 25 grams (5%) and 50 grams (10%), then 0.25% H2SO4 was added and heated at the temperature of 121 C for 10 minutes. The enzymatic hydrolysis method using T. viride and A. niger was performed. After hydrolysis, 20% S. cerevisiae CC 3012 or 20% consortium S. cerevisiae CC 3012-P. stipitis were added for the fermentation process. The data obtained in this research pertanied to the value of lignin, cellulose, hemicellulose, reducing sugar, C, N, P, and bioethanol. The results of this study indicated the highest ethanol yield is produced by 50 g substrate as the optimum substrate using the consortium of S. cerevisiae CC 3012-P. stipitis for 24 hours of fermentation.