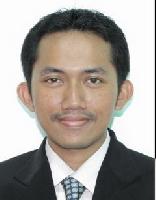 Crowd simulation has been studied extensively for the past two decades. The behaviour of a crowd or pedestrian somehow is determined by the inner emotion of each agent. Occasionally, the inner emotion has been influenced by surrounding atmospheres. Emotion along with Seek-flee are factors that important on simulating the crowd under the panic situation, whereas, the agent tries to seek a way out or other agents and some agents maybe try to flee because of scared or desperate. This paper proposes a unique solution for demonstrating the behaviour of emotional contagion model for parent-child agents inside the crowds. The finite state machine (FSM) consists of two main states for a regular and panic situation. The two scenarios have been introduced to demonstrate the wandering and seek-flees states. Wandering states will trigger an agent to walk toward a certain direction randomly or idle only. Whilst, the seek-flee behaviour demonstrate two parents looking for their child and once they meet each other, it will drive the crowding agent to stick together and flee. The parent-child’s bond inside the crowd is a promising feature to be investigated further especially with a huge number of agents and multi-hazard situation.