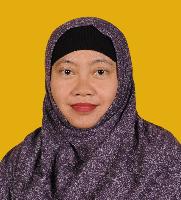 The current method of seawater bio-desalination can effectively provide freshwater. This method works by separating the salt contained in water into clean water with a lower salinity. In this study, the researchers conducted an experiment of the bio-desalination method by combining mangrove plant and Vibrio alginolyticus bacteria as well as the presence of a filter layer component composed of sand and gravel in red beed system reactor. The concept of phytotechnology was to utilize plants as environmental technology capable of solving environmental problems. In contrast, the term phytoremediation was used to denote the process of plants absorb, take, change and release contaminants from one medium to another. The purpose of this study was to determine the reduction of salinity on the mangrove plant Rhizophora mucronata (Rm) and Avicennia marina (Am) with the addition of Vibrio alginolyticus (Va) bacteria in the bio-desalination process using a reed bed system. This study combines plants and bacteria for artificial saline desalination processes. The compounds contained in plants are absorbed in the form of cations or anions, while the addition of the bacteria was carried out to support the process of salt absorption in plants. The results of this study indicated a percentage of salinity decreasing up to the last day of experiment. The results showed the percentage of salinity removal at the last day reaching 49.16%, and 40.58% in reed bed reactor with Avecennia marina and Vibrio alginolyticus of 15‰ and 25‰, respectively. Meanwhile, the percentage of salinity using Rhizophora mucronata showed 64.68% and 40.18% in in reed bedÂ …