2021 : ANALYSIS OF THE EFFECT OF ADDICTION AND LOYALTY IN ONLINE MOBILE GAMES TOWARDS IN-GAME FEATURES PURCHASES INTENTION USING THE STRUCTURAL EQUATION MODELING METHOD 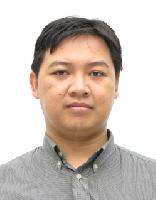 Context : In the gaming industry, there will be a continual developments in terms of quality that follows the rapid development of technology. Indonesia is a promising market for game developers, the total revenue in the mobile game segment reached 571 million US Dollars in 2018 with an average income of each mobile game user in Indonesia reaching 14.55 US Dollars. The number of mobile game users was 42.9 million in 2019, and the data showed an increase until 2023 with 61.8 million users. The data makes game developers compete with competitors to increase purchase intentions from their customers. Previous studies found addiction and loyalty can influence purchase intentions. Problem: The small amount of research that deals with in-game purchases in the context of online mobile games makes the lack of evidence of the importance of income generated through the purchase of features in games using factors influenced by addiction and loyalty. Objective: This final project research aims to conduct an analysis related to the direct and indirect effects of the addiction variable on the variable purchase intention of consumers in making in-game feature purchases. In analyzing indirect effects, there is a loyalty variable as a mediating variable. Method: The method used in this thesis research is Structural Equation Modeling (SEM) where the data collection process is carried out by distributing questionnaires online. Then this study uses confirmatory factor analysis to test the model and hypothesis testing using the SEM method to address all hypotheses. Results: This study resulted in an analysis of the relationship between variables, directly and indirectly, affecting the purchase intention of a gamer to make an in-game purchase. The variables analyzed for the direct relationship are the addiction variable to purchase intention, for the indirect relationship through the mediating variable, namely the loyalty variable of the addiction variable to the purchase intention. Added Value: The added value in this research is having novelty in identifying the role of addiction and loyalty to buyer intentions in the context of online mobile games in Indonesia. Also, this research is expected to provide insight to game developers that in-game purchases are profitable income because developers don't need to physically produce goods because only with virtual products and establishing good relationships with customers can increase revenue for game developers. Keywords: Online Mobile Games, Game Addiction, Game Loyalty, Pembelian dalam game, Mobile Game Purchase